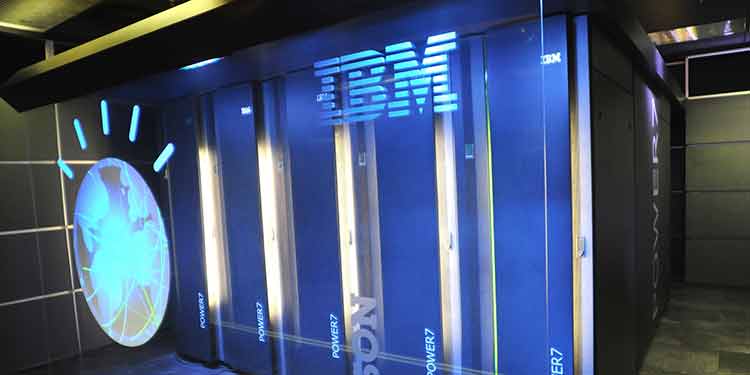 Over the last couple of days, I have seen a bunch of articles on my social media feed that are based on a research report from Jefferies' James Kisner criticizing IBM Watson.

I am a big fan of criticism of technology – and as folks who have known me over time can vouch, I seldom hold back what is in my mind on any topic. I strongly believe that criticism is healthy for all of us – including businesses, and without it we cannot grow. If you go through my previous blogs, you can see first hand how I throw cold water on hype.

Unlike my usual posts, I cannot claim to be an impartial observer in this case. As much as I am a geek who wants to make my opinions known on technology topics, I am also an IBM executive , and I run a part of IBM GBS business in North America that also includes services on IBM Watson (including Watson Health) . I also own IBM stock via ESPP and RSU. I don't set product direction for Watson – but my team does provide input to the product  managers. So I was in two minds over the weekend about blogging about this – but net net, I think I will go ahead and say some things about this , and as always I am happy to debate it and stand corrected as need be. So here we go.

IBM Watson's primary focus is on enterprise, not consumer !

This should be obvious to most people but perhaps the technical and use case implications are not super clear when they conclude Watson is in trouble.

Lets take an example of something that is often used to make the point in favor of consumer AI tech – Alexa. I often get asked Watson versus Alexa/Google assistant questions. You can tell Alexa or Watson to check the weather and they will both do it. The big difference is – Watson keeps the context of the first question while you ask the second question, and Alexa treats the second question as if the first one was independent of the second one. In the set of use cases Alexa solves, this is not a big problem – but the ability to keep context is important for the use cases that Watson solves, like customer service. In a customer service scenario, you cannot engage in a conversation without knowing and interpreting what has already been said.

That said – it is very easy to combine Watson and Alexa. For example , if you have echo installed at home, you can invoke Watson via a voice command and keep having a conversation without even knowing it is Watson that you are talking to.

While Watson cannot solve every possible customer service scenario – it can solve several and deliver very high value. For example – lets say you are a utility company that gets calls from clients who want to pay a bill, check a balance, find outage restorations etc. Those are all things Watson can do just fine, and leave the high value tasks – like being an energy advisor , or a retention specialist – to expert humans. Imagine the type of value generated for that utility, and the consistent and fast customer service for their clients . Consumer AI does not tackle these kinds of problems – and that is a big difference. There are many such examples like this in enterprise side of the house – like this video about how Watson acts as an expert engineering advisor for Woodside, and H&R block using Watson as a tax expert.

IBM Watson does not share one client's data with another client

This design principle is very key to enterprise clients. Data security and privacy drives a lot of AI decision making. Consumer AI generally keeps the data all users give it and uses it to learn and get better. I am sure those companies have high ethical standards and the data won't get misused. But that is not how enterprises look at their data. It is important for clients to have full trust that their data is not shared with others that they don't want to see it.

A lot of the criticism that Watson takes a long time to learn and needs data in a specific format that is hard to do for clients come from this principle being not fully understood. Watson can learn from a given client's data – usually unstructured data – and keep getting better, but will not use company A's data for Company B's system to learn. Even if we ignore Watson and look at data science as a general topic – there is no way to shy away from an AI model having to learn. That is the core of the value prop of AI.

This is not to say every client starts from scratch. In many cases, there is a well established starting point. Lets take a Telco call center as an example. If a client wants to put Watson to augment a telco call center, they don't need to build intents from scratch. Instead, they can use "Watson for Telco" that has hundreds of prepackaged intents and just add of change as needed. Over time, this will be applicable to all industries. These are all repeatable patterns – another point that observers don't seem to notice.

IBM Watson has plenty of successful implementations , including Healthcare

The Jefferies report calls out MD Anderson project uses that to extrapolate that Watson is doomed. I don't see any mention of Mayo Clinic trials,  Or Barrow ALS study, or  Memorial Sloan-Kettering-IBM Watson collaboration   .  Where is the balanced analysis that led to the dooms day conclusion ?

Watson is in clinical use in the US and 5 other countries, and it has been trained on 8 types of cancers, with plans to add 6 more this year. Watson has now been trained and released to help support physicians in their treatment of breast, lung, colorectal, cervical, ovarian, gastric and prostate cancers. Beyond oncology, Watson is in use by nearly half of the top 25 life sciences companies.

When Watson won Jeopardy, that incarnation was largely monolithic. But that is not how Watson works now. It is now a set of APIs. I am under no illusion that IBM will be the only game in town, although I strongly believe we are one of the best. Partners and clients will build Cognitive applications using Watson in a much more productive way because the functionality is exposed as APIs.

This gets painted as a negative by some of the articles. You can't have it both ways. As I mentioned above, where it makes sense to package something for a given industry or domain, IBM or someone in the ecosystem will of course package it. But the decoupled nature is the most flexible way of innovating fast and at scale in my opinion. The fact that billions of dollars of investment is directed into this field is good for IBM and its ecosystem – let the market decide on merits who succeeds and who does not.

IBM Watson some times needs consulting , but it only helps adoption

Let me also point out the role of consulting – be it my team at GBS or another consulting company. Clients are still largely tip toeing into Cognitive computing. They need significant help to understand what is possible and what is not in their industry and their specific company – which is what we call advisory services. The actual integration work is not complex and can be done by in house teams or a qualified SI. The other service I often see that is requested by clients is for design. In some other cases, they also need services for instrumentation (like in IOT use cases).

If we rewind couple of decades and go to the time when SAP was just starting out in ERP, What was the role of consulting ? Did consulting  services help or hinder the adoption of SAP globally ? None of this is any different from any other technology at this stage of its life cycle. So I am not sure why there is an extra concern that adoption will tank due to consulting.

IBM Watson team does great marketing, and we already have amazing AI talent

To be perfectly clear, I am not a marketer – nor do I have any serious knowledge of marketing other than a couple of classes I took in business school many years ago. However, I am VERY proud of the work IBM Marketing has done about Watson. Its an early stage technology – and that needs a certain kind of messaging to get clients to take notice. If all we did was fancy videos and panel discussions and there were no customers using Watson today, I would have gladly joined the chorus to boo Watson. But that is not the case – All over the place leading companies are using it and as I have quoted above, several are public references.

From what I could learn internally, there are about 15000 of us working on this at IBM. This includes about a third of IBM Research. And we are hiring top AI talent all the time. In fact if you are an AI developer and want to work on Watson, shoot me an email and I will get you interviewed right away. While we of course use job boards etc to attract talent, that is not the only way we find people. We already have more AI folks than a lot of our competition – so perhaps that should be factored in to the discussion on "look at job postings, IBM Watson is short on talent" part of the story.

So why is IBM not publishing Watson revenue specifically ?

I am not an official IBM spokesperson – and I am not an expert on this topic. So this one aspect – I have to direct you to people with more stars and stripes than me in the company.