Hobo joined our family on our daughter Shreya’s fourth birthday when he was about 8 weeks old .

We picked him up after her birthday party from his breeder Marci Sale’s house in Gilbert . He rode back home on Dhanya’s lap and I remember him squirming the entire way back. Sitting still was not his thing 🙂 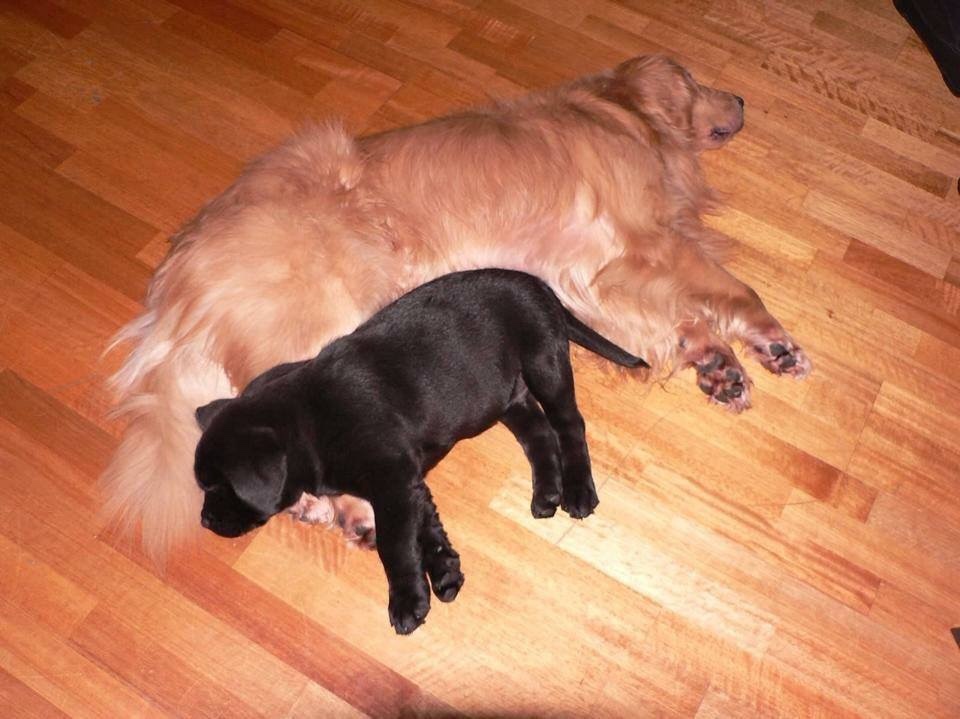 Some of my most favorite moments those days were the time I spent with Shreya, Boss and Hobo in the backyard and in the pool at our old house. 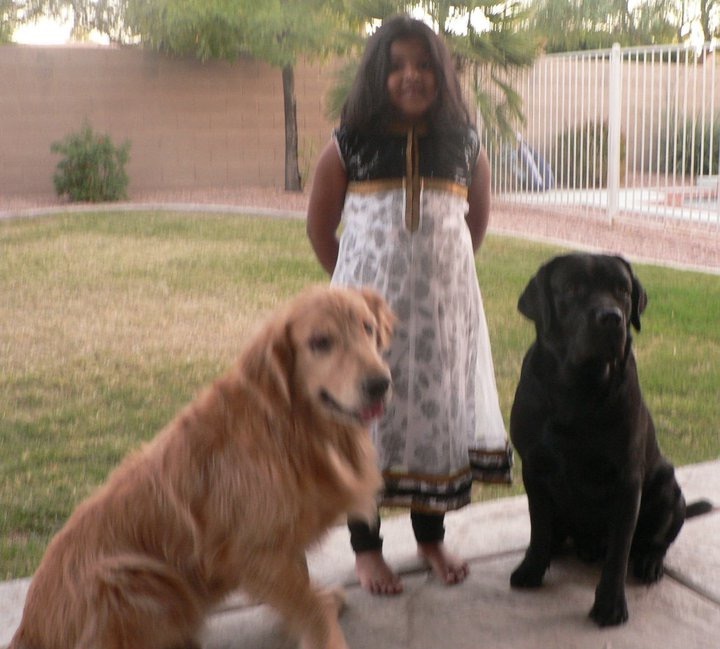 They were inseparable – and so different . Boss was all brain and Hobo was all brawn . If I tossed an orange into the pool for them to fetch , Hobo would do a spectacular dive to get it back – and then at the last minute Boss will take it from him and deliver it to me 🙂

The only thing Boss really didn’t share very much with Hobo was me . It was clear to Hobo that Boss didn’t like him to be right next to me if he was around . He had to wait his turn . If I pet Hobo first – Boss would immediately sulk 🙂

But everything else was fine – Boss had no trouble letting Hobo share toys , treats , bedding etc . And unlike Boss , Hobo was not destructive when it came to toys – he just liked to carry them around . 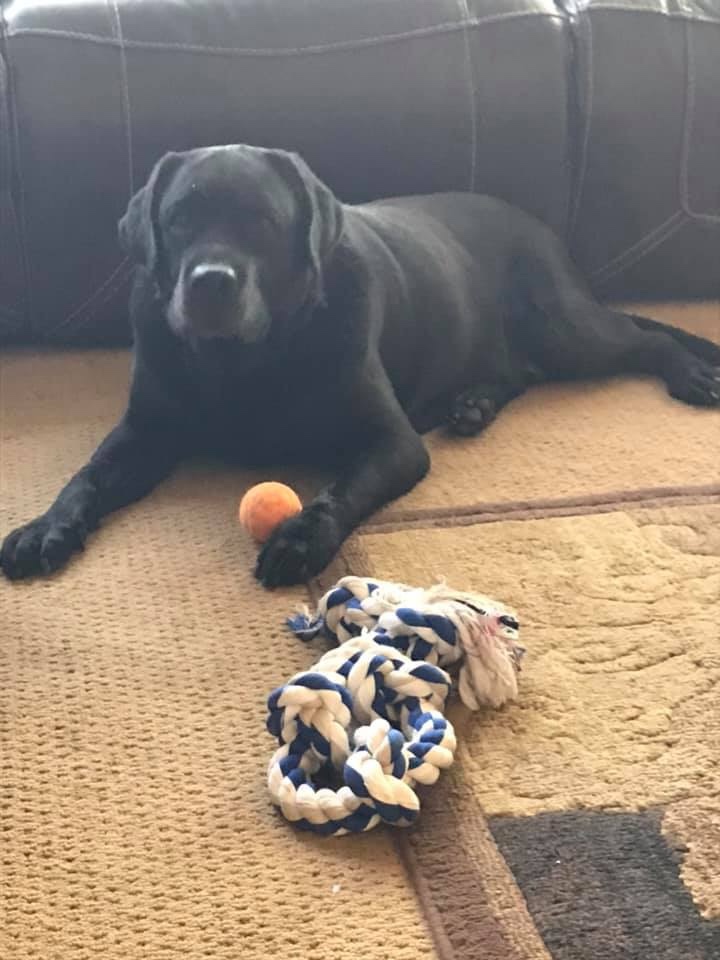 Hobo didn’t like dog shows one bit . That was not his idea of fun . I am convinced he could have also been an obedience champion like my German Shepherd – and he was proofed on everything up to CDX when we gave up . I had no interest left in competing to win – so when o realized he didn’t like it, we stopped training . 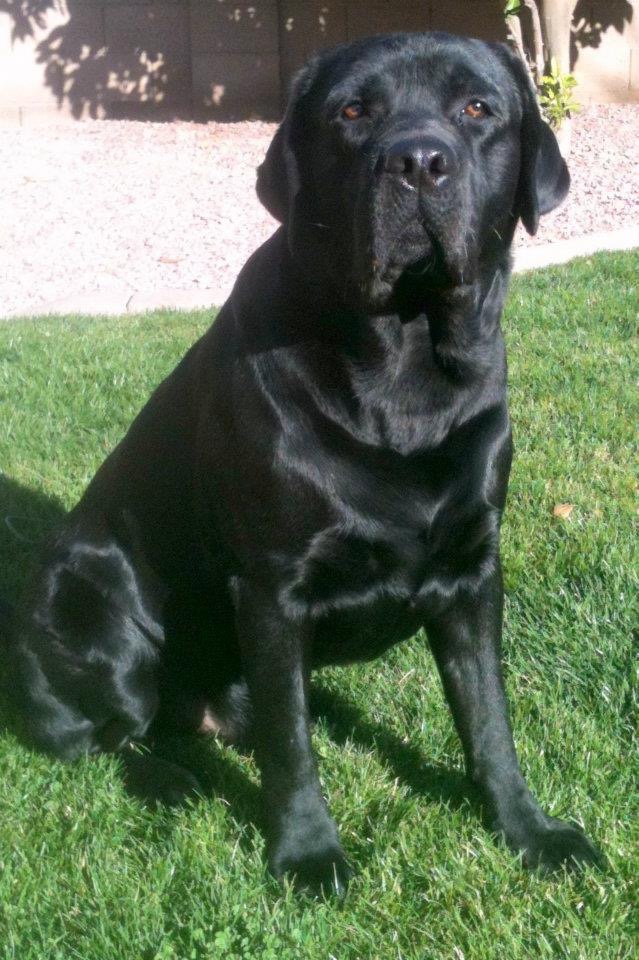 He was the ultimate retriever . And fetching oranges from our pool was the one thing he didn’t mind doing a thousand times .

Eventually, I had to stop allowing him to swim after he started hurting and crying the next day.

Just as Boss did to him , when Ollie joined our family – it was Hobo’s turn to be the four year old big brother to the seven week old young gun . To be fair , Boss did his fair share in raising the kid as well . 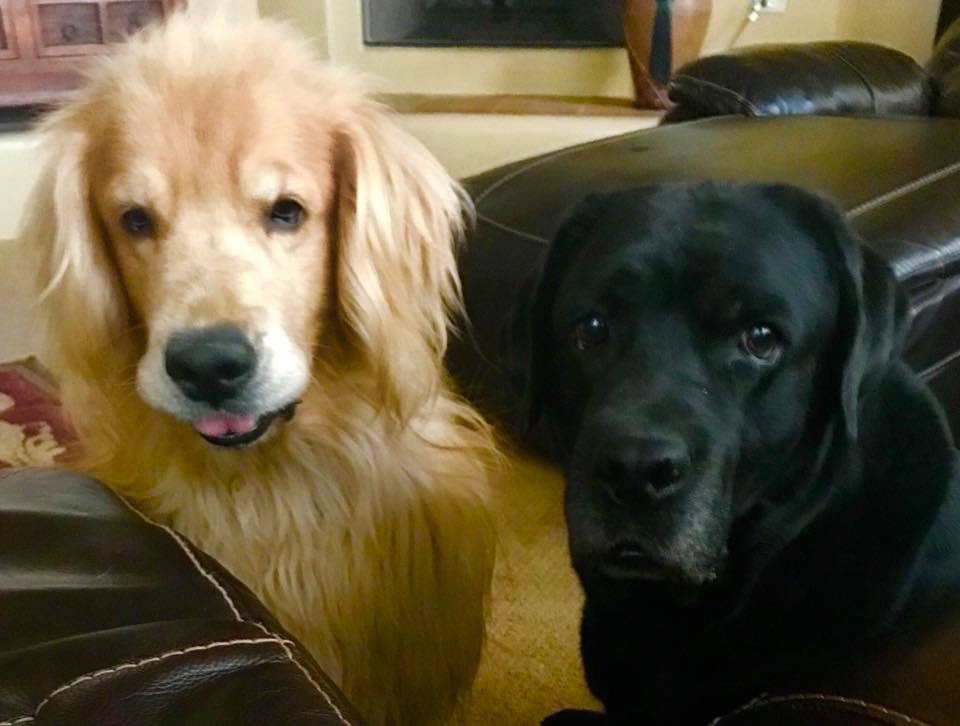 I think what Hobo taught him first was to sit next to me and stare at me till I shared whatever was on my plate with them .

I am sure it was Boss who taught Hobo that it’s a foolproof strategy that works every single time . 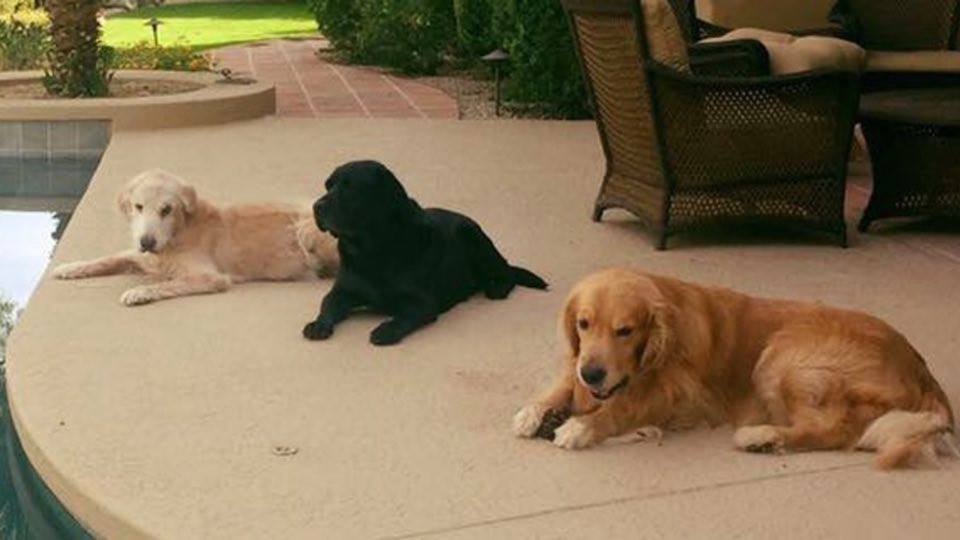 When Boss left us for the rainbow bridge three years ago, Hobo took over immediately as my shadow . He was just there right next to me, checking on me from time to time and making sure I knew he was there for me .

Being a New Year’s Eve baby – Hobo’s birthday was the easiest to remember . And ice cream was his favorite birthday treat . We returned from Europe the day before his birthday last year to make sure we can celebrate with him .

He loved riding shot gun with me in the car . 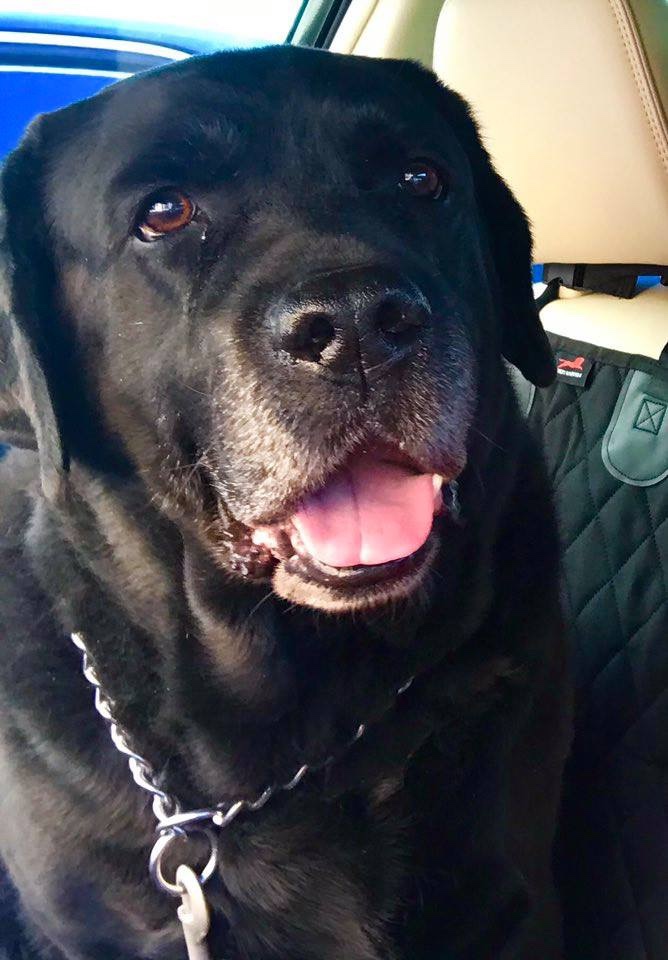 We would have our silly conversations and he wouldn’t take his eyes off me throughout the drive. 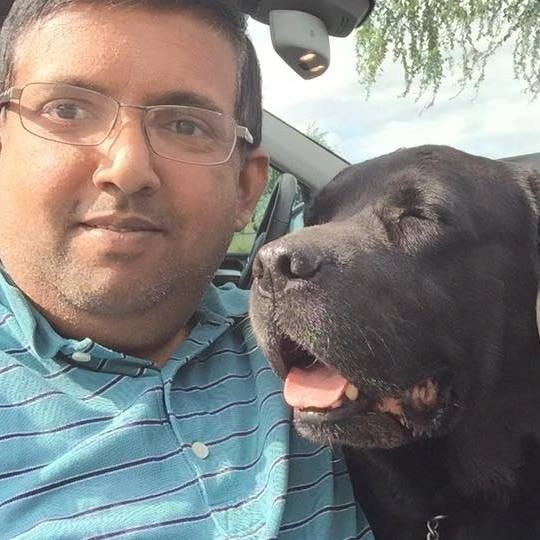 When we celebrated his tenth birthday, he was still a bouncy young puppy . I don’t think he ever mentally grew up much beyond six months or so . It took very little to make him excited and jump around barking . Dhanya used to tease him with a new trash bag before putting it in the kitchen bin and he would go nuts .

Hobo enjoyed going for walks . Showing him the leash was a shire shot way of raising his excitement through the roof 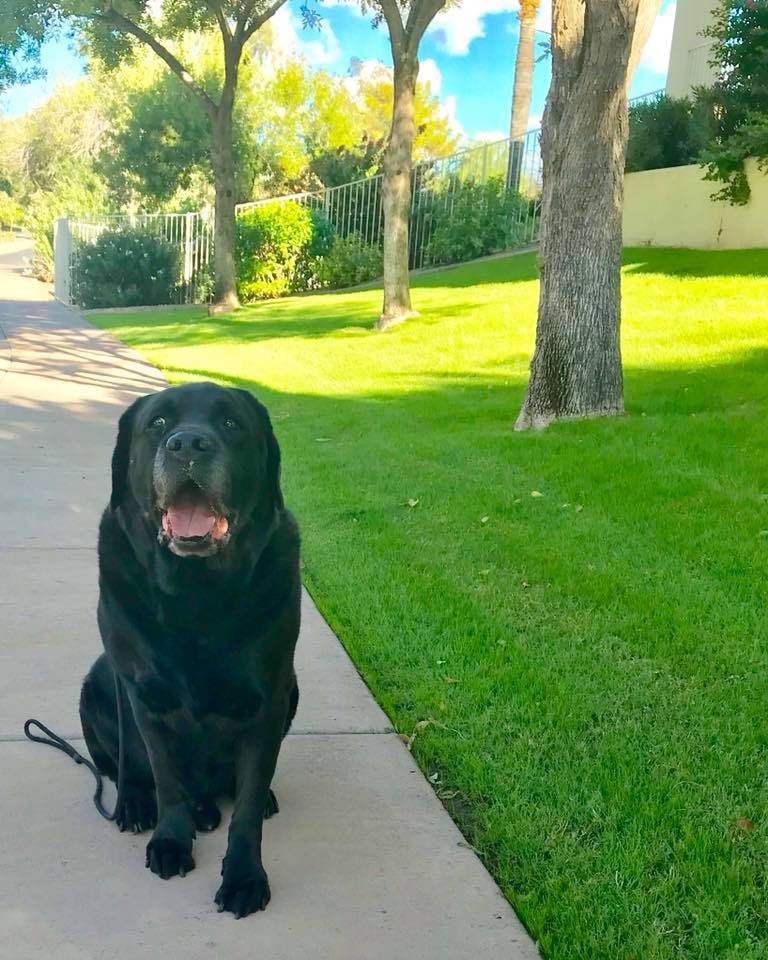 Past his tenth birthday though, he started slowing down . He preferred sunbathing in the back lawn to playing fetch 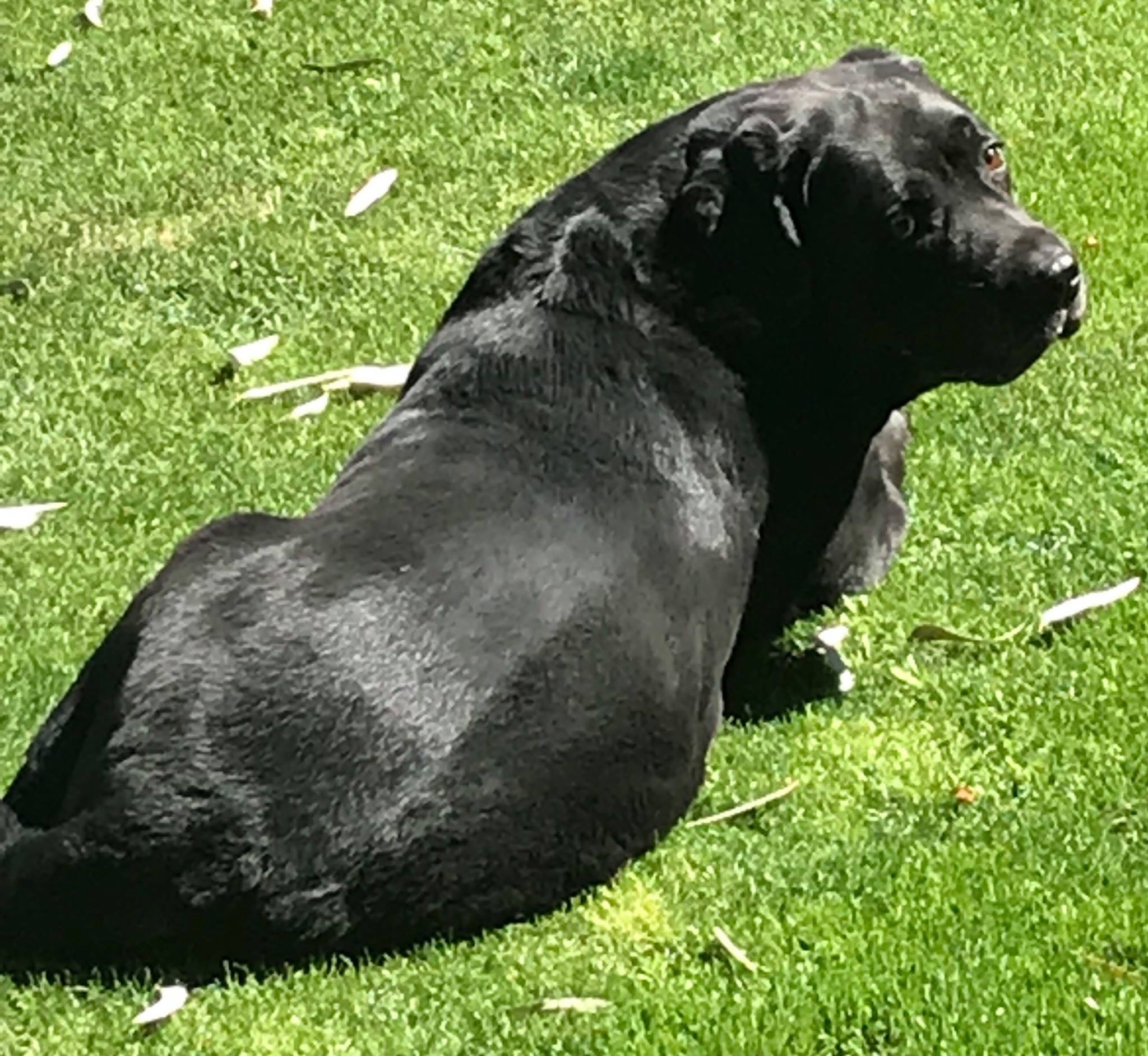 He started having some trouble getting up , and he needed supplements for his joints and for his liver . But apart from a week or so where he lost appetite – he had almost returned to normal . 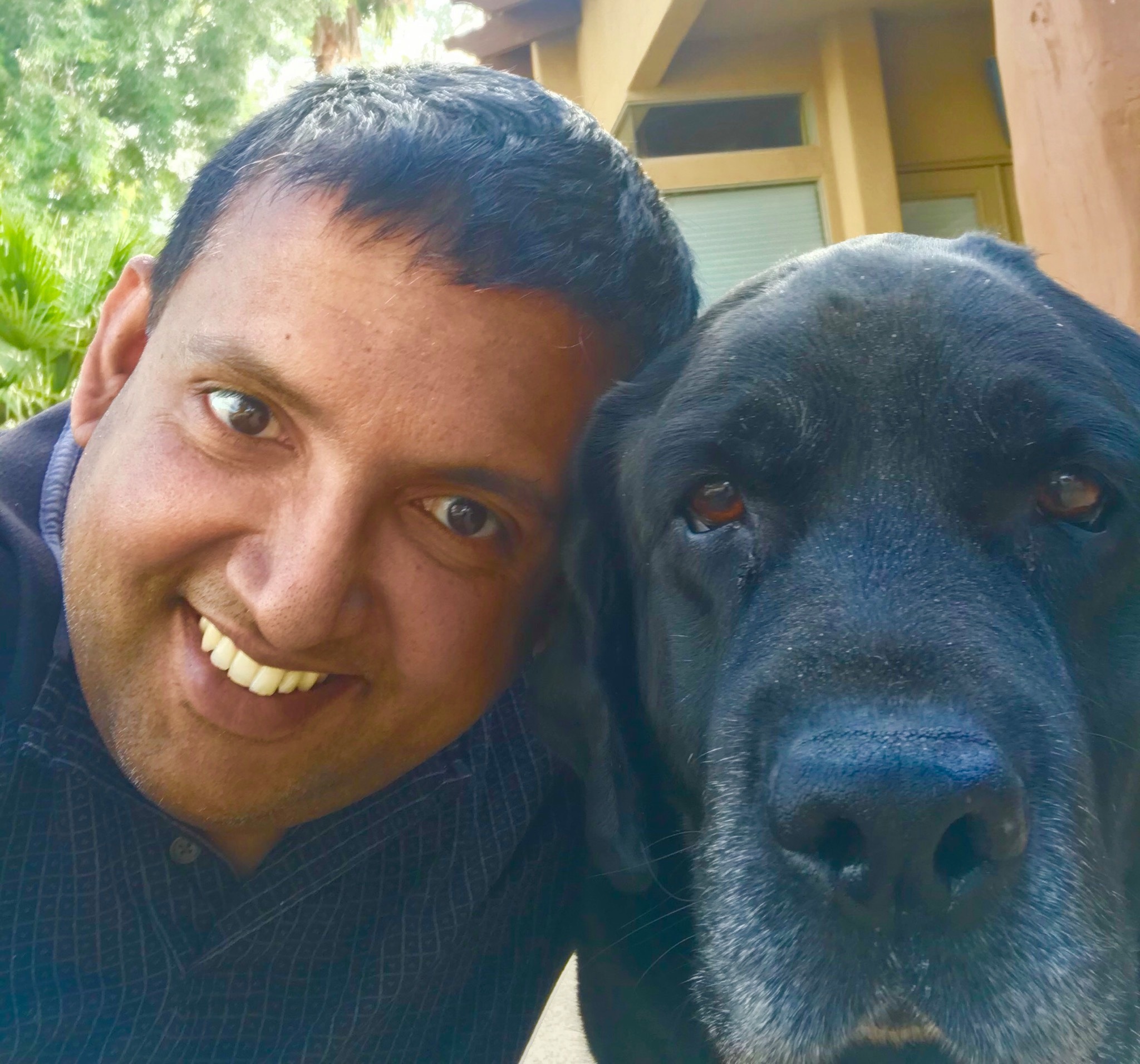 While I realized we didn’t have a lot of time left with him, I didn’t realize that it will come so soon . I had to fly to NY on Wednesday afternoon . As usual, before leaving I let him and Ollie our for a potty break .

Hobo was the first to come back in and we shared a banana . That was the last meal we shared . Today as I am flying back home, Dhanya messaged me mid air that he passed away in his sleep .

I am sure Boss is waiting at the Rainbow bridge for you dear Ojo-Bojo – May there be plenty of oranges for you to fetch and pools for you to swim . Till we meet again buddy !