First the back story 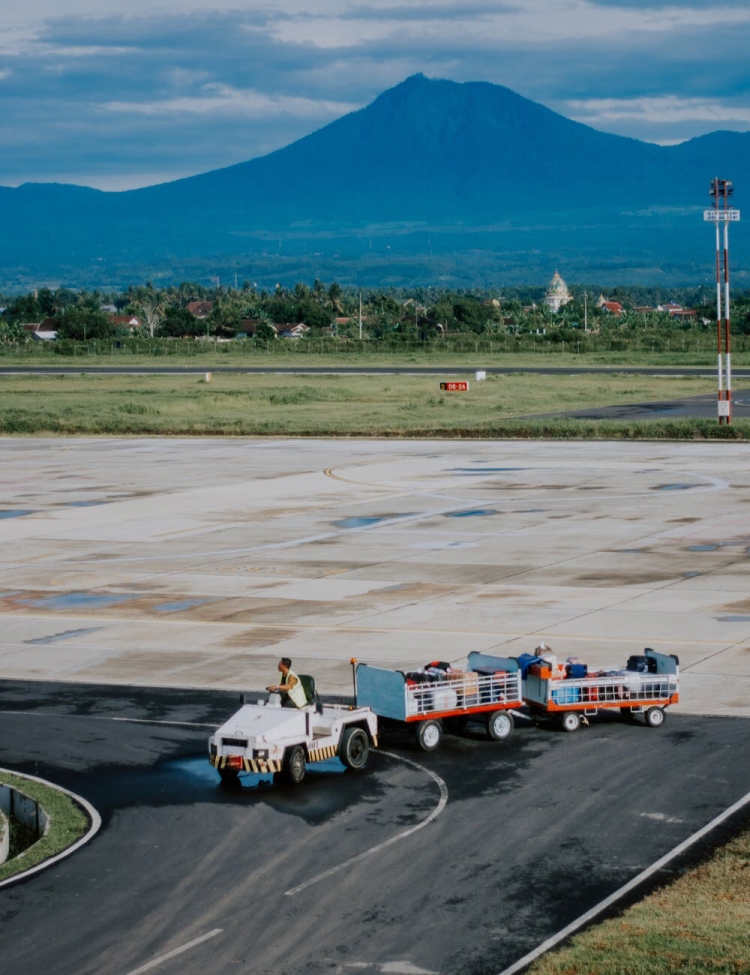 My mother in law flew from Kochi to Phoenix last week . Her original route was COK-AUH-LAX on Etihad and then LAX-PHX in American . It’s her favorite routing since the airports are familiar to her, and she can finish customs and immigration in AUH and her bags will hence come straight to PHX .

She missed her connection in AUH and they rerouted her through JFK to PHX . When we picked her up at PHX , we found out that her bags didn’t make it with her . That’s not unusual – so we filed a claim with AA and came back home . We were given the link in AA website to track the bags .

She had two weeks worth of prescription medicines in her carry on , and a few months worth in the checkin bag . Rest was clothes and gifts and such .

The weekend from hell

Next morning, we go online to check the status and it said “no scan data available” and I thought I will just check back later.

Literally nothing changed throughout the day. Digital channel proved to be a non starter for customer service

So my wife started calling American’s toll free number . Thank god for the call back feature – she found humans on the other side soon enough . No luck – they also didn’t know what happened to the two bags . We went through the calls a few times with similar results

Since I have some presence on twitter, and American usually responds quickly on twitter – I tried pinging both AA and Etihad on twitter . Both responded – with AA saying they are still working on it, and Etihad saying “you should work with AA on this and not us” . AA promised to come back with updates – which obviously never happened .

We have no records , says American Air

Finally my wife is told by someone in AA that they just got word that TSA released the bags in JFK and it should reach us soon . Except – when she calls back few hours later to confirm – AA cannot find any record of anyone giving that response . Was it a rogue AI system that assumed human characteristics for one call ?

Since AA doesn’t have any info – my mother in law called Etihad in Kochi . They confirmed it went to AUH. So next she called AUH and got a super helpful agent who confirmed that the bag is definitely in JFK , but he has no visibility on where it is once it has left Etihad . We feel better – clearly the bag exists somewhere and we may still get it back !

There is no one version of truth

My wife called AA to confirm, now that Etihad has found the bag has landed in JFK . No luck – AA still has no idea . 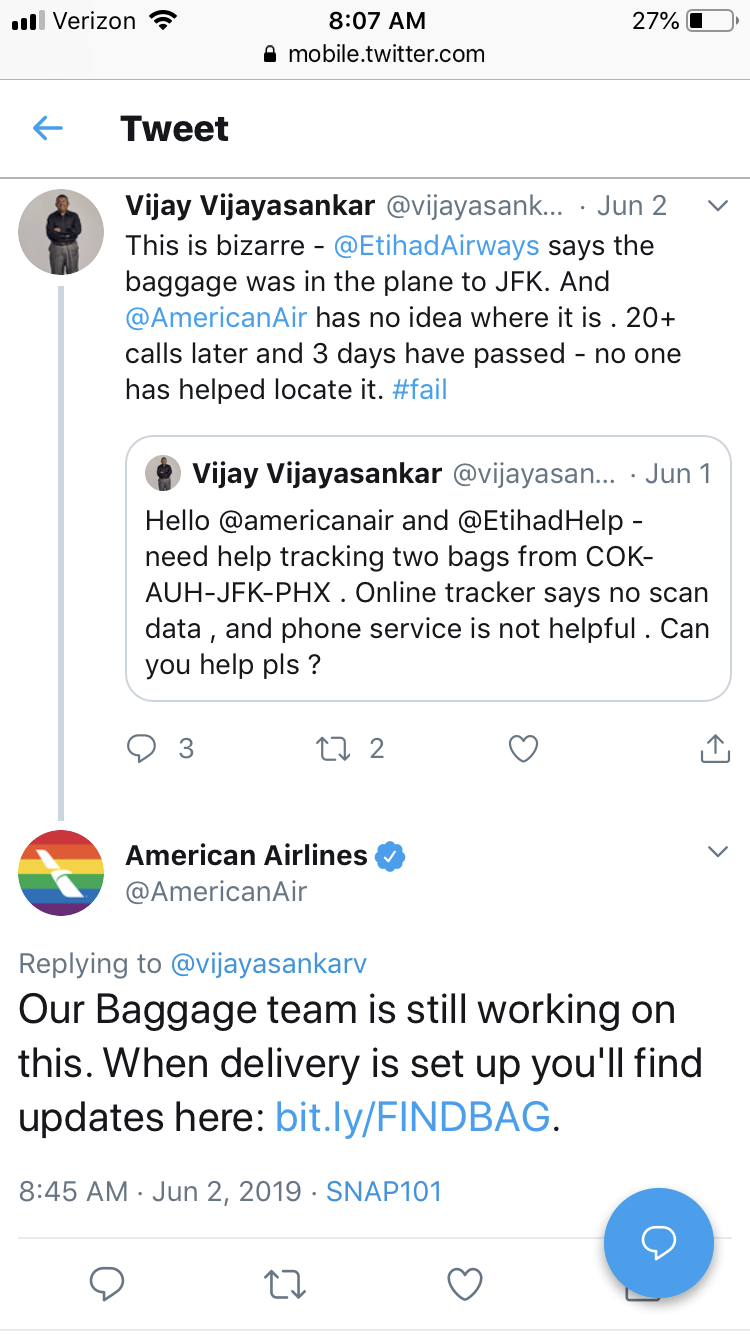 Call logging is alive and well

By now, we had made several tens of calls and AA agents who pick up the call would read back all the past conversations 🙂 . Good to know some part of the support system are still alive and well – except for the record of the one call where they told us they found the bag in NY 🙂

On Sunday evening, finally we get word from another AA agent that the bags have been found in JFK and they will be delivered by the first flight to PHX on Monday . I wonder if I should keep champagne in the fridge and decide against it .

Of course they didn’t send it by that flight – which took another call to find out . By this time the digital channel went from bad to worse ( yes that is possible ) and started erroring out when we searched for the baggage tag.

Good things come for those who wait

Finally the bags landed in Phoenix later on Monday and we even got a link to track the delivery car in real time . Glad to see another piece of technology actually doing a fine job . Eventually by late evening , my mother in law and her bags were reunited !

I am a million miler and have lost bags several times in my life . My bags have been to more countries than I have . And yet – American did a fine job stressing me out this time .

Both the process and tech seems broken in airline customer service . However they have amazingly talented people working the phone channels and I am very grateful that they were totally pleasant and tried to help us as much as they can with all their obvious constraints .

Now that the customer in me is calm again , the technologist and consultant in me is thinking about the tech and process improvements that can save much of the grief – and cost – in servicing customers .

I really wish American will redesign the digital experience for customer service . The delay was not what caused us grief – it’s the conflicting information , and the absolute lack of proactive communication that drove us nuts . It’s an eminently fixable problem . And since my line of work will need me to do more millions of miles , and American being our local airline in PHX – I hope and pray you will get this right quickly !

Till then, I will try my best to stick with my policy to pack lightly and not checkin bags 🙂