I am an eternal optimist. I published my wish list for the first Modi government when they took office 5 years ago . As you can see for yourself, none of those things happened in any significant manner. And yet, here I am with a new list – and I will append the original wish list under it, since I still think they are all things that are absolutely worth tackling. 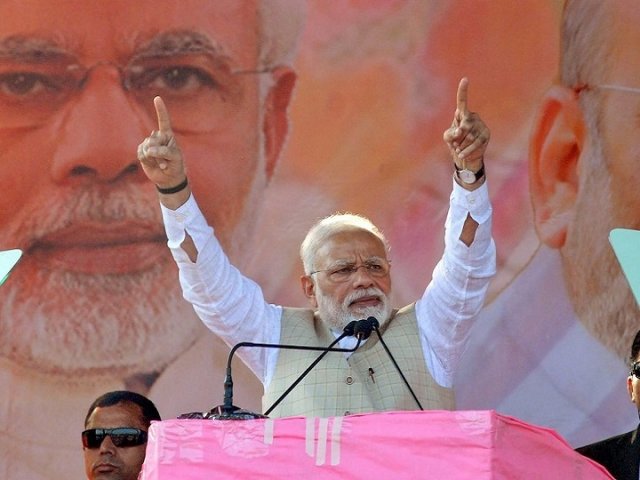 I can’t think of anything else as more important for this term of Modi government. Modi has already made statements to this effect , but it remains to be seen if he and his party will walk the talk.  Election rhetoric from his party was clearly anti Muslim. BJP does not have a single muslim MP this time – despite Muslim population being about 190M in India. The specific trouble here is that Modi himself usually says (more or less) the right things on India’s secular nature – but when the extreme sections of his fan base resorts to atrocities against minorities, he usually chooses to keep quiet. That is NOT what the leader of the largest democracy should do – he should condemn it loudly, repeatedly and immediately !

Revive the economy, and fix the regulatory framework

The jobs he promised did not materialize. The note ban did not yield the results he thought it will. And GST rollout – a much needed reform – left a lot to be desired in how it was implemented.

I would expect lowering of income tax will happen in short term (may be in the first budget itself) , in the hopes that the common man will improve consumption (as opposed to save the cash), and that increased spending will result in more jobs (as opposed to corporates just conserving cash or treating it as profit alone).

Tourism is easy money. With its rich history and beautiful natural attractions, its fairly easy to attract tourists to India. But there are many issues that stand in the way – including inconsistent last mile connectivity from airports to the touristy places.

But the larger problem that no government so far seemed to have the stomach to fix is the totally fragmented nature of regulatory structure. There are just too many overlapping regulatory bodies – and that is neither helping common consumers nor companies.

The RBI is governed by law passed in 1934  . RBI’s independence – at least the way I understand it – seems to be a factor of who holds that office at a given point in time. RBI controls the banks – but what about the rest of the financial markets ? Look at the pension type schemes – there is EPF and NPS without clear guidelines on portability.

Income tax is governed by law passed in 1961 . I remember listening to lectures in my Business school days about why this does not fit the times we live in. That was more than 20 years ago, and it has not been modernized. When will we get around to it ? India needs more fairness, consistency and more transparency to be a leading economy.

Prepare India for the long term

National security and Hindutva messaging worked great in Modi’s favor for the elections. I am fairly sure governance will return to more of a middle of the road mode though.

I am not a fan of everything Nehru did in his three terms – but one thing he deserves credit for is about putting in place a vision for the future. He did not just work on problems that were material for any given five year term. Later Rao did the same in his term – and a lot of the goodness we see today are due to governments who looked far into future. Now it is Modi’s turn to aim for long term greatness of the country, and balance it with the goals for next five years he is in office. Given the terrible state that INC is in – he might well have ten years and not five . But all of it will be a huge waste if the seeds are not sown for the future.

What is India’s strategy as automation picks up speed ? Computers will replace some forms of labor – and computers won’t care if those jobs are Hindu jobs, Muslim jobs or Christian jobs. An arms race with Pakistan won’t matter in how we solve this problem. Now is a good time to figure out what our strategy is.

Look at the composition of India’s GDP. More than 50% is services , about 30% is Industrial and Agriculture type stuff makes up the remaining 20%. We are a country with more than a billion people. Is this the mix that is sustainable for the future, or even the present for that matter ? The irony is that even today we refer to services as “tertiary” in this classification !

I am very grateful for the solid education that the Indian system gave me when I grew up there. But the public education system that caters to hundreds of millions of students are in urgent need of modernization. And it needs to be done keeping in mind that the future generations might actually hold several different jobs unlike what the present one does.

All of this will take time – but with the clear majority that Modi has, including the potential to win Rajyasabha majority as well in future, I hope it is used in the most constructive way possible and not wasted in arguing about religious superiority and other low value items.

2 thoughts on “My wish list for the Modi Government in India….again”