I have long held the belief that the most value for clients happen when consultants are polymaths – with world class business skills combined with world class technical skills . I was one of the fortunate ones who had opportunities to strike a balance between business and technology throughout my career , and nothing makes me more happy than helping my younger colleagues who want to take that journey.

It’s not always easy – people in this field tend to polarize to either extreme , instead of developing “T shape” skills with breadth and depth . And it’s not a one time educational event that gets us there – it needs a life long passion for learning from the individual and a well thought out plan from the organization .

Late last year, I was asked by our North America leader Ismail Amla to sponsor the Bee school – our new core consulting school . Turns out that Ismail was a rock star Cobol programmer at the time he started his career !!

It was an eye opening experience to work with our Learning and Knowledge team and get the Bee school up and running . We piloted it in March and by now about 1500 senior managers, managers and senior consultants have gone through that program. Once that was well under way, I wanted to create an equivalent school to focus on the technology side and that is how we created the T school . 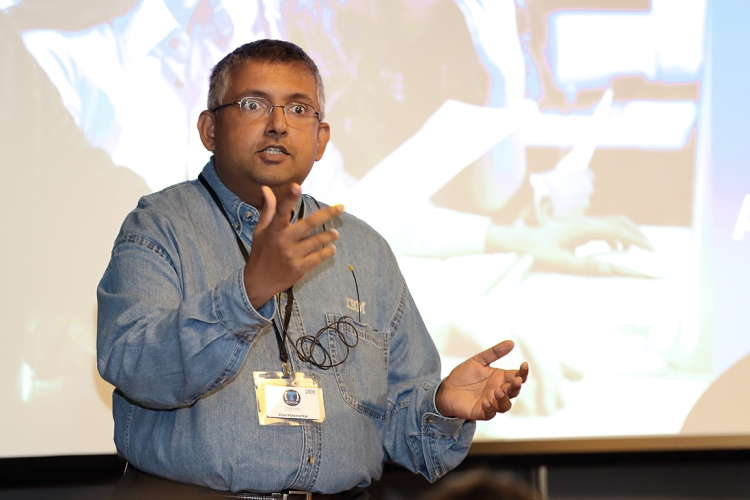 Ismail and Jesus Mantas were immediately on board. When I presented the idea to Mark Foster ( he runs GBS world wide) this summer, he threw his support behind it immediately and I realized that like Ismail and Jesus , Mark is a huge fan of consultants developing the “T shape” skill sets .

We piloted with an AI school in Columbus, OH . And that is where I first met Cape – and became his friend 🙂

Cape was a gift to IBM from our Sterling commerce acquisition . I found him in a closet in my office in Columbus and thought he would be the perfect brand ambassador for T school . We called him “The Monkey” since he didn’t have a name and he started taking a place of honor in all our meetings . Turns out, he doesn’t have a tail and hence is an Ape . So we thought why not make him a Cognitive Ape who can talk ?

My dear friend Teresa Hamid who runs the Columbus center took up the challenge and her team started calling him the Cognitive Ape as Cape .

He became the host of T school and even introduced me to the class of 100 young consultants and their faculty last week in Philadelphia , and answered my questions . By next school, his cognition will improve to also include vision ! I am told he might do a little dance number too 🙂

An initiative of this magnitude takes a village to come together , and that is exactly what happened . L&K team from North America and Global both jumped in with both feet and started putting a structure around it. My thanks to Debi Steinbacher, Christian Dick, Andreana Miller, Lorraine Rapuano, Kim Morick, Yee Min Ching, Emily Rosenblatt, Patsy Horgan, Suzanna Fishman , Vonda Massingill, Laurie Brage and Walt Zborowski.

And a special thanks to Nate Keating for helping me get this done on top of everything else going on in my day job. I could not have done it without you my friend !

Every leader in the business we asked for help pitched in too. We did one class on AI in Columbus as a pilot , felt confident, and set to do a full school in October in PHL. Some of the students from Columbus event signed up for PHL as well – becoming our first set of polymath consultants from this batch ! 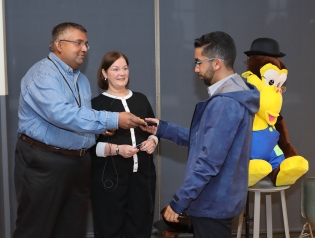 We did a thorough analysis of the market, our offerings and skill needs and decided on Watson AI , data science , full stack development and Watson IOT classes to run in inaugural T school . 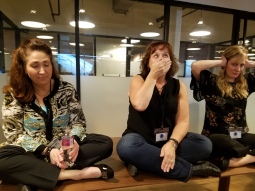 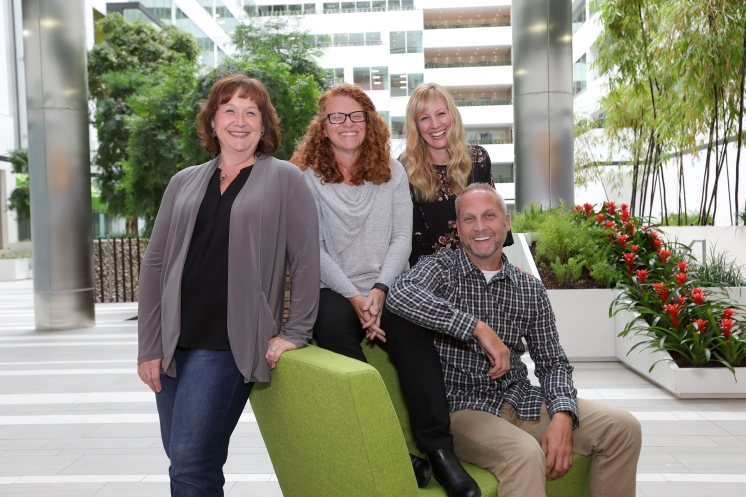 Then came the instructors – most of whom I hand picked from amongst the best consultants in the field . The quality of this gang needs to be seen to be believed !

Debi and I enlisted my friend Lorraine to help teach the faculty on how to be good facilitators . Many years ago, Lorraine taught the class of newly promoted senior managers and I was one of her students . Ever since I have been her number one fan ! As always she did a fantastic job . 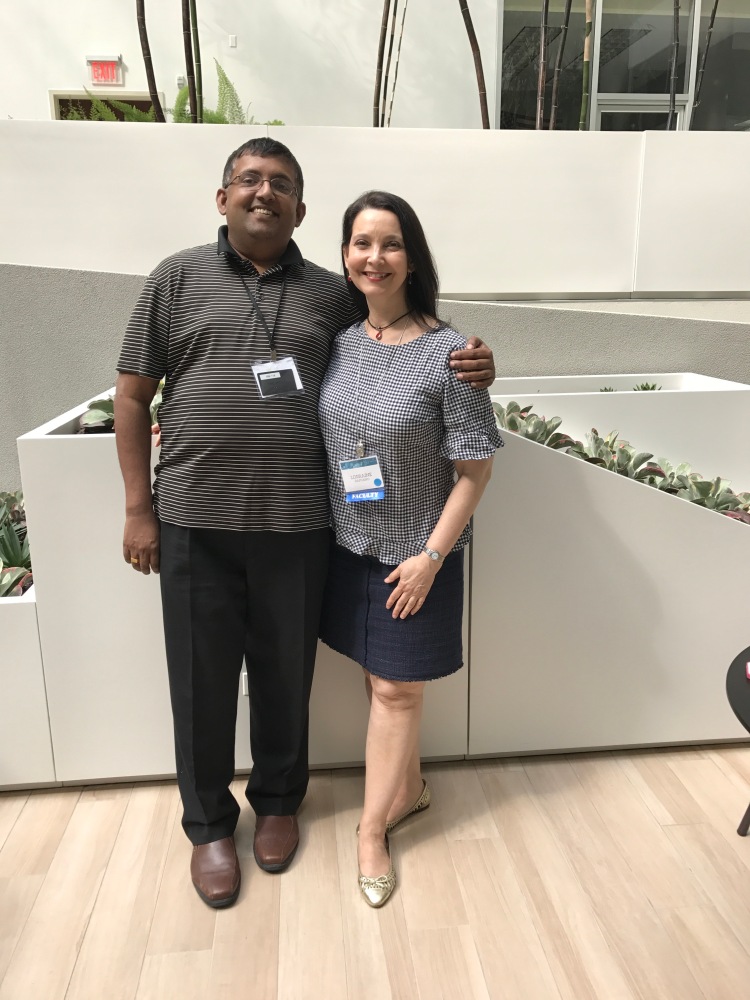 Debi Steinbacher who runs NA L&K, assigned Andreana Miller to be my partner in T school . I could not have asked for a better partner – she totally took this to a level higher than I expected . Can’t wait to see where she takes us next!

The faculty and the nominated track leaders did an amazing job developing the curriculum in a few short sprints . At one point I thought this was way too much to try and teach in a week – but I was so glad to be proven wrong . When people love learning something new – their ability to stretch is unbelievable. It was beautiful to see the students over come the early struggles and then start to enjoy the new learning muscles they developed . 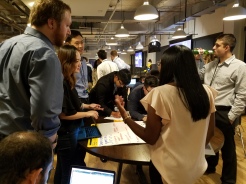 Thanks to our global team, we managed to get ten of our most popular offerings to be made available for the students to play with in the “Cognitive Playground” . That probably was the signature aspect of the event and I definitely will do more of it in future .

Special thanks to Kevin, our world class caterer ( honest to god his Guacamole is impossible to stop eating) and to my dear friend Christian Rodatus , CEO of Datameer, who sponsored the evenings appetizers and drinks. 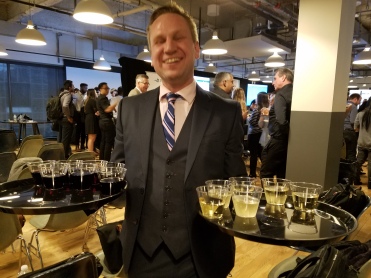 Every morning we had a couple of guest speakers – senior IBM executives who presented short sessions and then joined me for “ask me anything” sessions . It is our fourth quarter and these leaders are needed in a hundred different places – but they found time to come to T school and share their experience and give candid answers to tonnes of questions. My sincere thanks to Sharon Hodgson, Pat Eskew, Terry Hickey, Shannon Todd-Olson, Ron Koch, Roy Zahut, Janine Sneed, Sherry Savage, Priya Vijayarajendran , Teresa Hamid and Priya Raman . That was quite the demonstration of the IBM leadership culture !

To my pleasant surprise, the quality of questions were on par with any I have had with the senior most audiences I have presented to in past . We were asked about topics ranging from AI ethics , future of education to how to train dogs 🙂

It was one big happy family – we even celebrated a birthday for our young friend Passion, who is also a top gymnast !

Since the formal definition of an engineer is one that takes in lots of pizza and beer and converts it magically to code, we had plenty of food and beverages to go around. Special thanks to Vonda for making sure everyone was well fed while learning. It was also good to see everyone having a lot of fun – I could always count on finding faculty and students at the hotel bar or lounge late at night, talking with the same high energy I saw in the classes.

Every night the teams spent some time putting together their new found skills into a solution that competed for the prize on Friday. The 14 teams had people from AI, Data science, IOT and Full stack backgrounds.  Predictably this went into an overdrive on Thursday night and they were hacking well into the wee hours of the morning. That showed when they made their 5 minute pitches – shark tank style – to the judging panels. 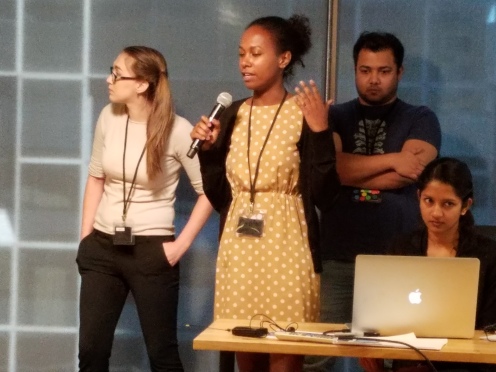 I sat in on one of the panels with Jesus and Shannon – and we were blown away by the quality of work demonstrated by the young colleagues. Not only were they VERY cool and sophisticated technically, the business case was well articulated as well. I am starting to think I should get some of my VC and PE friends to be on the panel in the next school.

Just before we closed out the school, we distributed a copy of The Originals to the students. The students in turn signed a copy of the book for me – and I read through the comments on my flight back home from PHL to PHX. Now I know you will absolutely make a dent in the universe ! 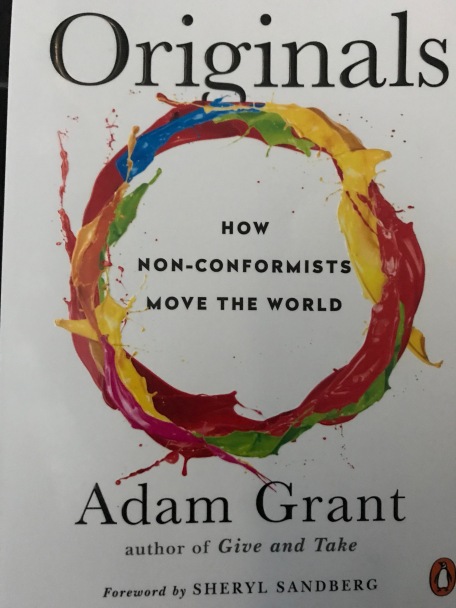 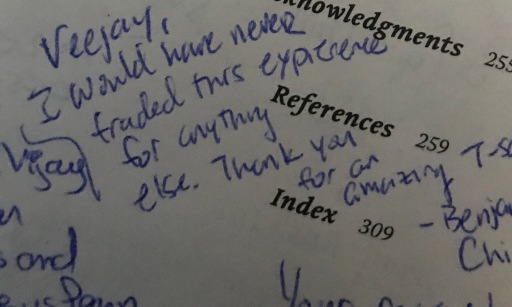 Cape and I are both convinced that the future of IBM is in safe hands with our young “Da Vinci” colleagues – this 105 year old company is well poised for the next 100 years ! And we are happy to be their chief cheer leaders 🙂