First off – thanks to SAP for having me at the event as a blogger. In my day job, I no longer work on SAP technologies closely. But most of the clients I have are SAP shops and often talk to me about SAP given my heritage. Sapphirenow keynotes and executive meetings with the board members were enlightening for me. Here is my quick commentary.

As I walked into the show floor, the first thing that caught my attention was that there were hardly any signs for Hana. After the last 6 years of Hana overdose, I was pleasantly surprised to see this. I have always maintained that success of Hana will be when SAP does not explicitly talk about it, and it just becomes a part of everything they do. To be clear – Hana is not a part of everything they do quite yet – most of their customers are still not on Hana, but SAP probably feels confident that the tipping point on adoption has happened and momentum will keep building. Congrats to all my friends who worked tirelessly on it.

Bill McDermott needs to be commended for taking on the indirect access issue heads on in his opening keynote. Without that, the whole empathy thing would have sounded hollow. Now the proof of the pudding is about SAP following through and changing the perception in the ecosystem. I heard it loud and clear from Bill in a private meeting that he is committed to making it happen and I trust him.

This Sapphire was all about SAP Leonardo ! Unfortunately, I cannot quite explain what it really is under the hood. From the slides I saw, it seemed like everything but the kitchen sink was thrown into this package – analytics, block chain, cloud…. . To be honest, it seemed like SAP did not have the time to think through a crisp message before the event. I am sure this will be a lot better by TechEd. I should say – while admittedly not being a marketer myself – I doubt SAP will keep this name “Leonardo” for long. It sounds like a cool internal project name , but I doubt this will catch widespread imagination. I heard this from several people on the show floor too, including several of SAP’s largest customers. 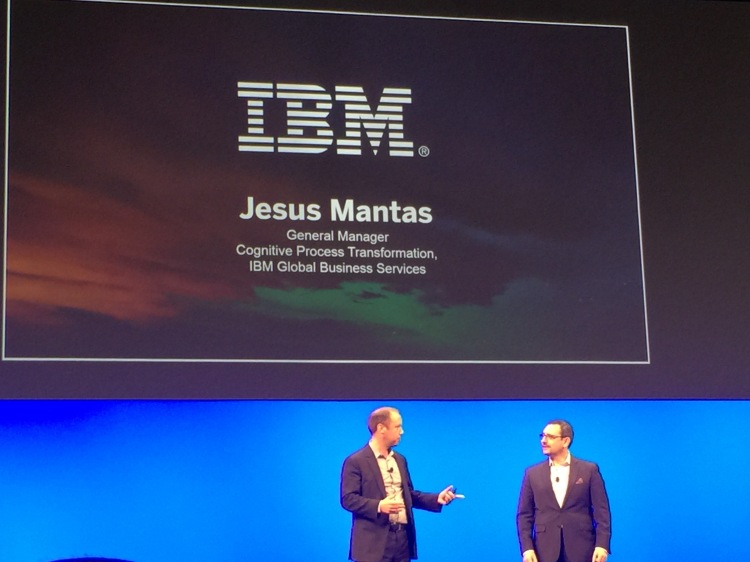 The keynotes were totally partner friendly – We had senior execs from Dell, intel, Google, IBM et al show up on stage at various points. But it was rather light on customers. Perhaps this was a conscious decision given the customers would have wanted to talk about their existing (boring?) – mostly on premises –  systems, where as SAP wanted to position their future with cloud and AI and all that. I trust the balance will tilt towards customers as pilot projects for Leonardo get completed. While I have no idea of commercial impact, the Hana startup program was a good thing for Hana adoption. I was surprised at not seeing it being repurposed to get Leonardo a similar lift. Perhaps more at Teched?

What is next for UI and API in the machine to machine world?

SAP did an exceptionally good job with UI with Fiori etc – and Sam Yen and team should be incredibly proud of that. It was also an expensive effort to get SAP to look cool.  Now with Bernd and Hasso painting the vision of automation, ML etc – I would love to hear what is the next evolution of SAP UI. When most of the back office and factory processes are automated – there won’t be human beings keying in things into a beautiful screen for most of the processes. And for the few screens that do remain in future, screens cannot be static either – and will need to learn user behavior and adapt. Just looking at how many screens get used today and making decisions based on it might not be fit for future. I have a similar question on APIs. Future is mostly about machine to machine interactions and AI. The way APIs are designed are not fit for this kind of future – machines for example do not need anything more than a binary protocol to talk to each other. Sapphire is a business setting – so perhaps these things will find a place at next teched.

Time to rethink demos a bit ? 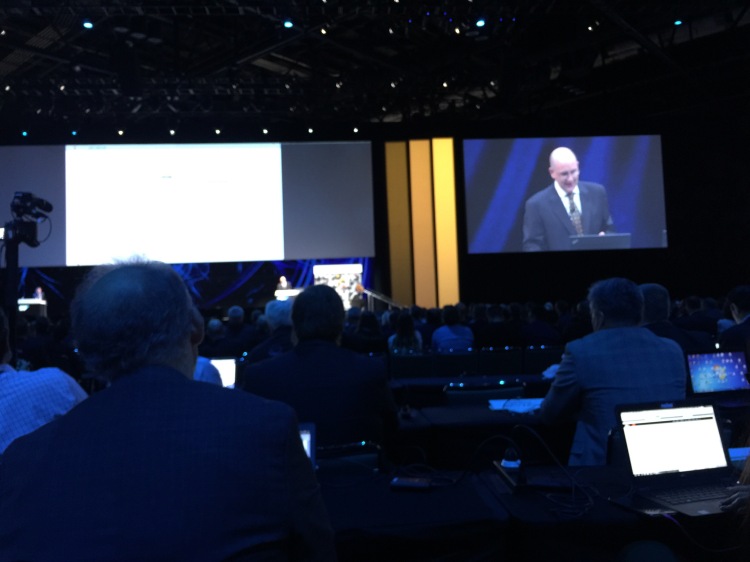 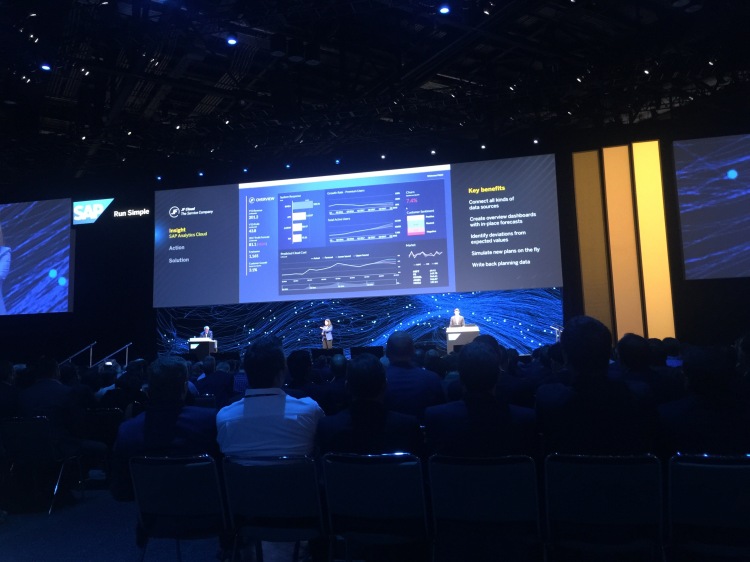 I will just make two points on keynote demos. Putting sensors in drills and showing how it works in real time on a live stage is something I applaud. What I thought was less impressive was the articulation of the business case. If I am renting a drill – the renting company cannot give that drill to anyone else. So – what is the point of charging per hole drilled ? What if I rent a drill, keep it for a week and drill 2 holes ? Its not a logical business model and it detracts the people watching it. I hope SAP just finds a real life customer case to demo next time.

From the beginning of time, SAP has demonstrated dashboards. I love dashboards – and the ones showed this time were visually impactful too – and maybe had great ML behind the scenes. It just did not show that way – I think its time SAP moved to some other way of making the message hit home.

SAP makes a much needed entry into AI

Hana brought the speed and technical simplification SAP needed. Now SAP is taking the next logical step to make applications smarter. SAP leaders I met here were all realistic on the effort and skills needed to make this happen. Ariba choosing Watson as its cognitive engine, and Google Tensorflow being endorsed in a big way by SAP are all signs that SAP clearly understands that AI is an ecosystem play.  In my mind – SAP can’t get the skills and IP needed to keep up with this market without a string of acquisitions. SAP has always had a strong services ecosystem around it for decades – but they historically have been low key on role of services in creating value. The future of applications might not all be pre packaged like how ERP traditionally worked – and the significant need for domain expertise etc is readily acknowledged now.

The one aspect where I have some pushback for SAP is the inside out view that AI sits inside SAP systems. While there are valid scenarios like invoice and payment matching where all data sits inside SAP – it is not realistic that a company can model real world with just SAP data. Again – I think its just a matter of time for the vision to mature.

It was fantastic being here – and catching up with old friends and making new ones. It was also fascinating meeting several people I have known only on social media – thanks for introducing yourselves ! Till next year !